The Historical Development of Tae Kwon Do Philosophy

What is the philosophy of Taekwondo? Taekwondo contains thoughts that Han [Korean] people had developed through history. Its philosophy is easily explained with Hongik-Ingan, Jaese-Ihwa, or Hwarangdo spirit.

Hongik-Ingan and Jaese-Ihwa were not only ideologies of Tangun Chosun's foundation, but also a fundamental thought of Han people. With time, these ideas developed into the Hwarangdo spirit and the Taekwondo philosophy today. Now, let's look at the principles contents of the philosophy.

Hongik-Ingan" means universal welfare of mankind. It was the idea of the national foundation by Tangun, and the Taekwondo spirit too has inherited the idea of Hongik-Ingan. It is easily confirmed from the fact that the word of Taekwondo, itself means to suppress fighting and induce peace.

Therefore, human beings can be educated in accordance with the reason of heaven through correct training of Taekwondo. That's the very meaning of Jaese-Ihwa. Hongik-Ingan and Jaese-Ihwa appear clearly in the myth of the Korean foundation.

According to it, "In the early age, Hwan-Wung, the son of Heaven established a nation called Baedal [earliest name of Korea]. He then announced the purpose of the national foundation as Jaese-Ihwa [educate with the reason of heaven] and Hongik-Ingan [universal welfare of mankind]. 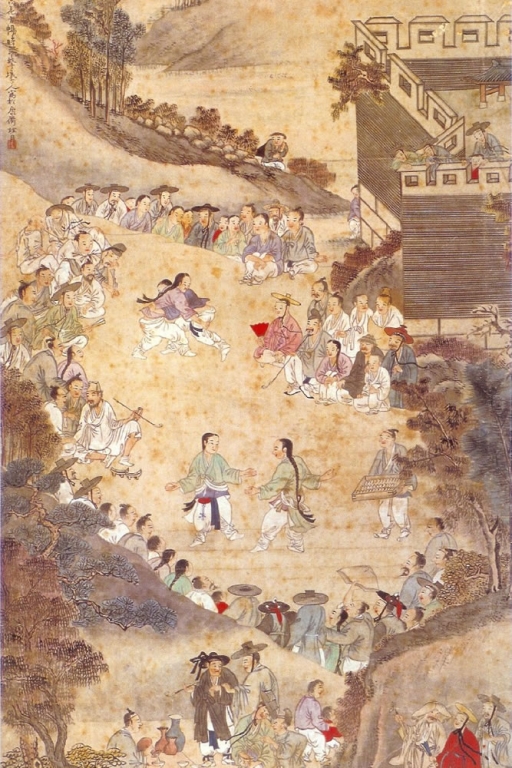